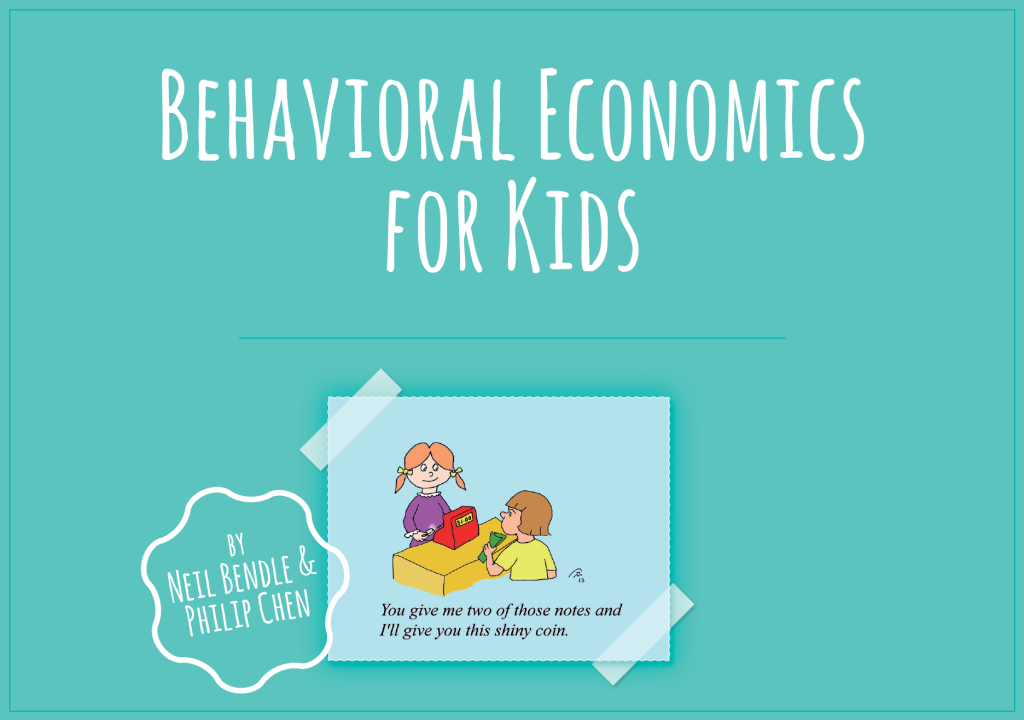 Even if you are not interested in Economics in general, Behavioral Economics will interest you, I bet. It is, among others, about the fact, that people often make decisions based on approximate rules of thumb and not strict logic. This leads to some surprising findings.

Some of the key findings now became illustrated in the book “Behavioral Economics for Kids” (.pdf-Download for free). A good starting point for understanding this scientific branch.

We humans are not as smart as we would like to be. We humans usually do not decide as rationally as we think. We humans behave like kids most of the time.
This is the reason why we decided to publish this book together with it’s authors Neil Bendle and Philip Chen. Each of the the chapters teach us one thing: If we want to change ourselves for the better, we have to change our behavior.

One thought on “Learn Behavioral Economics the easy way”

Why are birth rates falling when societies become rich? How should places in kindergartens and organs be distributed? Is organic food really healthier – or do we want to believe it? The Pixeloekonom is watching (daily) life from an economic perspective. // Who ist the Pixeloekonom?