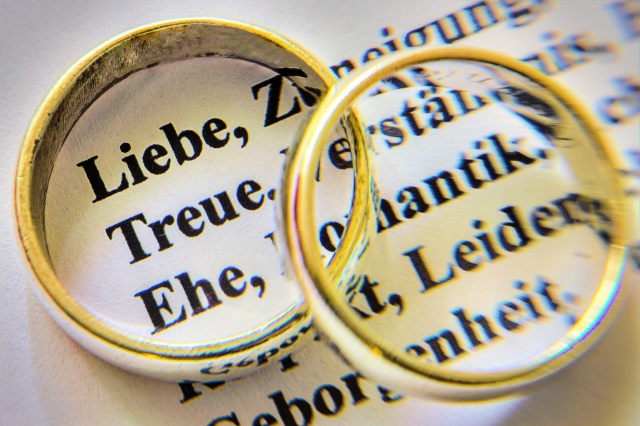 51 percent of people in Germany are women, but just 17 percent of supervisory boards and 6 percent of executive boards are female. Women in executive positions remain rare in Germany which regularly leads to a debate (at the moment among the Green Party members) about abolishing the splitting income taxation between couples (“Ehegattensplitting”), where the tax is calculated by dividing the income equally between the two spouses.

To the opponents the income splitting is conservative, backward-looking and reinforces traditional gender roles. Their argument is based on the case that in a single participation household where the man earns the living the splitting reduces the incentive for the woman to (re)enter a career.

Why this? It has to do with the progressive income tax in Germany. The more you earn, the more you have to pay taxes. But the tax burden not only increases in absolute terms but also in relative terms, i.e. the average tax rate rises.

So for example if a husband earns 30.000 Euro a year and his wife takes a new job, every Euro she earns is added to the (man’s) income (if they have chosen to be assessed for taxation together). So because of the progressive income tax the first Euro she earns is – on the tax aspect – added to 30.000, so it is taxed as the 30.001. Euro.

So, doesn’t it seem to be fair to abolish the privilege of the “Ehegattensplitting”? It looks that way. But it’s wrong. Because of two reasons.

This would be different without the opportunity of tax splitting. Then there would be the incentive for couples to earn the same, because difference in income would lead (because of progressive taxation) to more taxes in total.

So where is the advantage of abolishing the tax splitting if it reduces individual liberties?

However, what really is a privilege and a regulatory mistake is the free co-insurance of spouses in statutory health insurance, which means that one doesn’t have to pay for health insurance if he or she is in marriage and do not work (even if he or she has large income from capital). This leads to an unjustified disincentive not to work, which the pool of the insured has to pay for.

From a regulatory point of view: Income splitting must be maintained, free co-insurance of spouses should be abolished!