What would you do if you were on vacation, taking a bicycle tour through a forest and would find this? 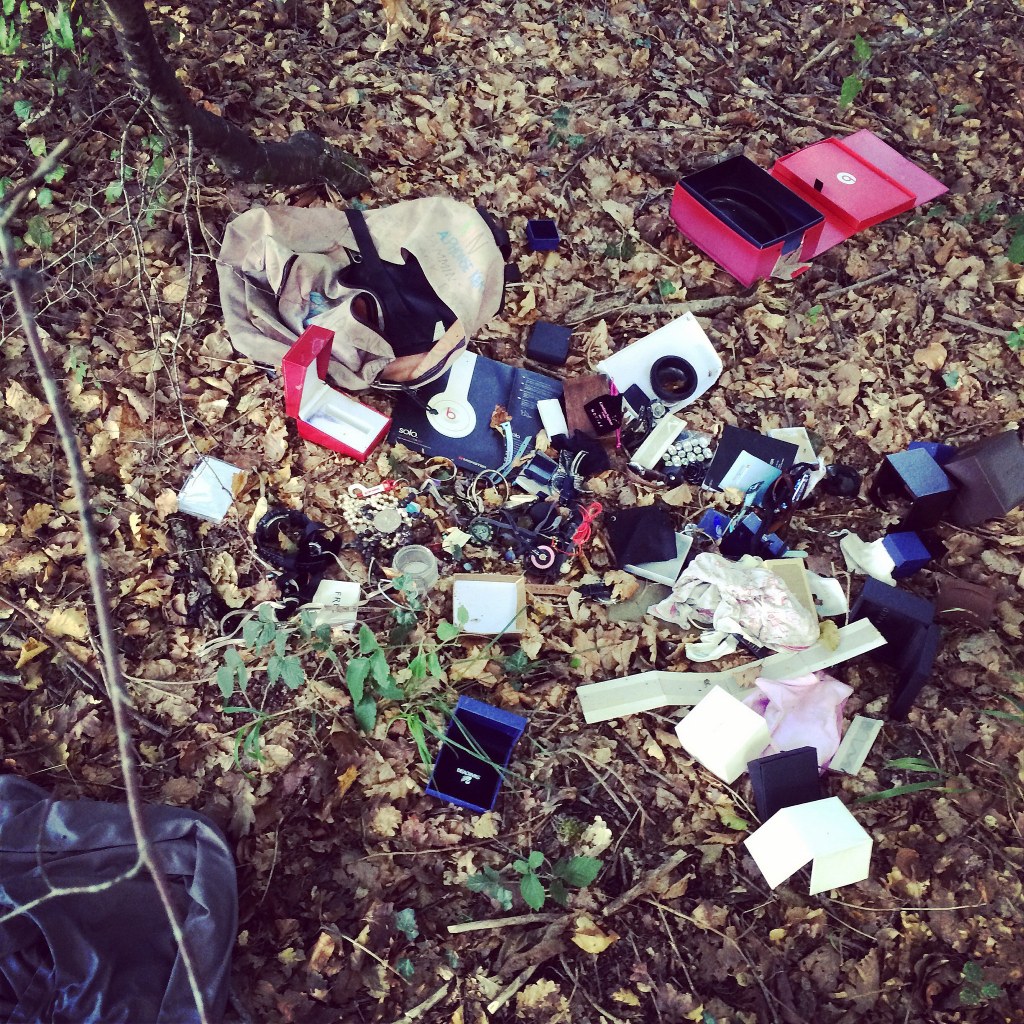 So it happened to me today. What I found about 10 meters next to a path through a forest near Fontainebleau in France were bracelets, watches, rings and packaging from Cartier, Swarovski or Beats, for example – probably the left over of a burglary, obviously the most valuable things gone.

So, what would you do?

What I did: After a second of imagination if things like a G-Shock from Casio laying there would suit me well, I took some pictures and a Google-Maps-Screenshot of the place of discovery  … 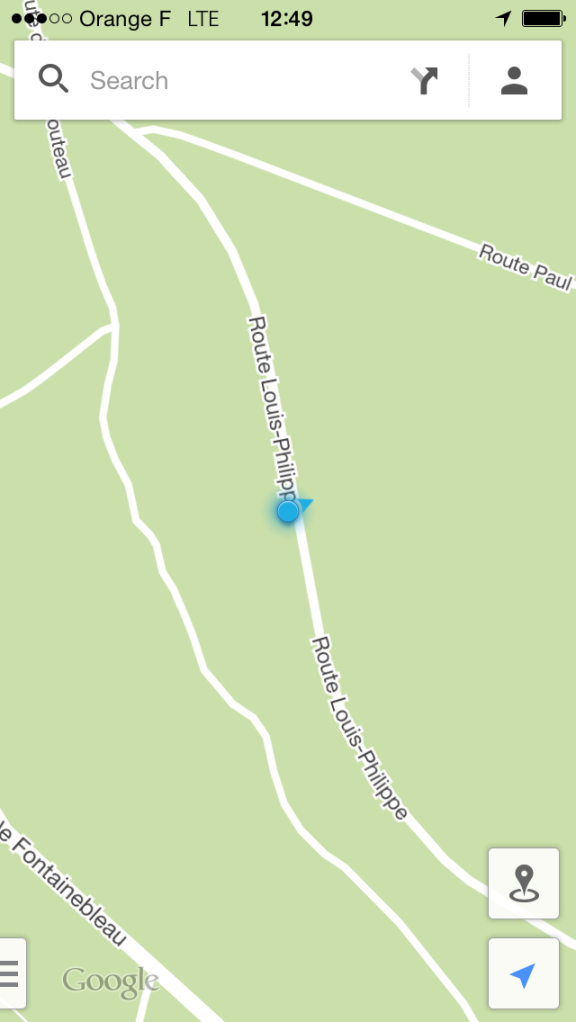 … and looked up the nearest police station (in doing so I’ve learned that there are two police systems in France: the National Gendarmerie and the National Police).

Arrived at the police station I tried to express my concern …. and failed.

A green, locked door, some signs I couldn’t read (I don’t speak french), no chance to meet anybody in real and an intercom system (photo below). I pressed the button … and currently listened to some french march music, obviously I was on hold. Than somebody spoke to me what I didn’t understand, I asked, “Do you speak English?”. “No”, was the short and only answer I got, followed by a busy signal. Combating crime finished – without starting!

So much to say on the subject of customer friendliness of monopolies – in this case of the state monopoly on the use of force! I guess at this point there is no big difference between France and Germany, where I live. 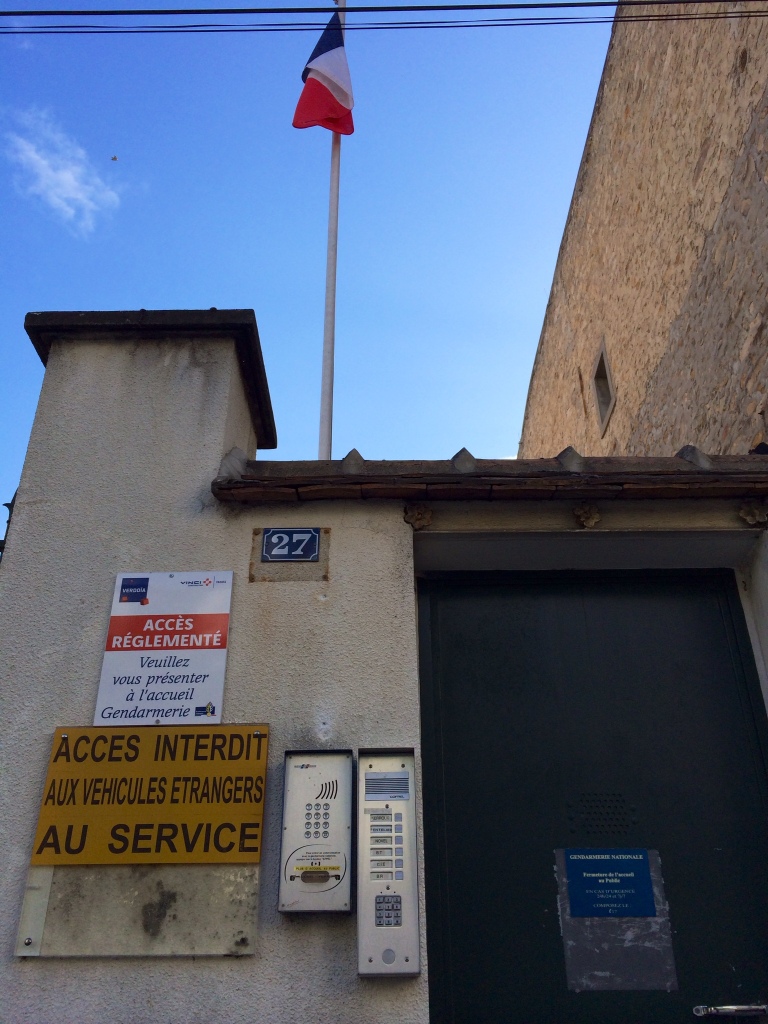 Which brings me to Germany and a study called “What are the costs of crime? … and what part of it can be avoided by fighting crime?” I wrote about some days ago (both only in german).